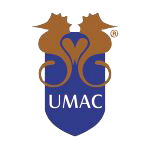 UMAC-CORE – Marine microalgae, also known as phytoplankton, comprise hundreds of species of photosynthetic, unicellular organisms belonging to the Kingdom Protista. Temperate coastal waters, such as those along British Columbia (BC), are highly productive and support a diverse array of microalgal species from numerous Classes, including the primary producers called diatoms (Class Bacillariophyceae). Every spring, when conditions of light, nutrients, and mixing are optimal for growth, diatoms grow rapidly in the euphotic zone (upper 20 m). This event is known as the spring bloom. During this period, many species take advantage of the enhanced conditions but generally three diatom genera are the most successful Skeletonema, Thalassiosira, and Chaetoceros. Essentially, spring bloom conditions are reproduced by Unique Sea Farms in a controlled environment, and this diversity of species is represented in the product UMAC-CORE.

UMAC-CORE is powerful because the extraction process combines the benefits of phytonutrients with a natural and balanced composition of sea minerals. Phytonutrients are natural plant-based chemicals that promote proper metabolic functions. Many of them exhibit potentially promising effects in human physiology.

The second component of UMAC-CORE`s unique profile is a suite of elements and electrolytes almost tailor-made for the human body. It`s no coincidence that the composition of human plasma is similar to that of seawater. We arose from the sea and our internal bodies reflects this. Over-reliance on land-based food sources often leads to deficiencies in micronutrients and trace elements. Our bodies need these elements to perform as nature intended. Left to its own devices, the human body has a marvelous system called homeostasis which keeps all systems in balance. Take away some critical component and the body experiences malfunctions that cause suboptimal performance. Too many malfunctions cause disease.

Stop to think for a moment about the power of combining phytonutrients and a balanced set of elements, all from the photosynthetic base of the ocean`s food web. Think of the diversity of life on Earth that owes its existence to these incredible microalgae. Take away some critical component and the body experiences malfunctions that cause suboptimal performance. Too many malfunctions cause disease.

There are no reviews yet.

Be the first to review “Umac-Core | Marine Phytoplankton” Cancel reply